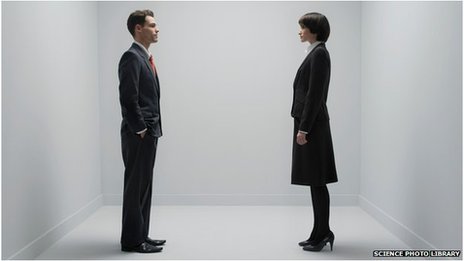 The gap between men and women has narrowed slightly in the past year in most countries, according to a World Economic Forum (WEF) report. Iceland, Finland and Norway top the list of 136 nations, based on political participation, economic equality and rights like education and health.

The Middle East and North Africa were the only regions not to improve in the past year, with Yemen at the bottom.

The Philippines and Nicaragua both feature in the top 10.

The WEF has produced the report annually for the past eight years. 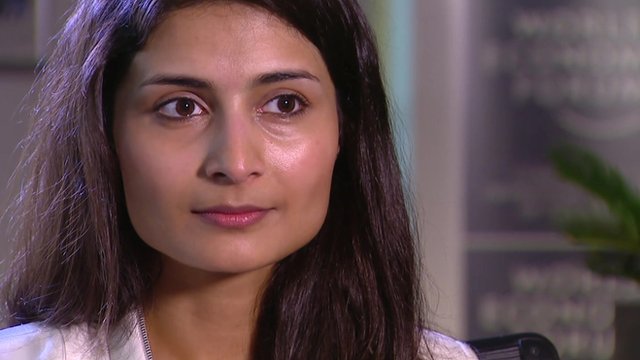 What is the Global Gender Gap Report – and why is is important?

The release of this year’s edition comes as the BBC rounds off a month-long focus on women and gender around the world with a major event at Broadcasting House in London. One hundred women from all around the world are gathering for a…

Have you ever wondered why organizations tolerate dysfunctional leaders?  The answer is dysfunction is so prevalent it’s often not even recognized as problematic. Many corporations just desire leaders to go along and get along more than they desire them to lead. It saddens me to articulate this next thought – corporate leadership is rapidly becoming an oxymoron.

Think of those you know in a position of leadership, and if you know what you’re looking for, you’ll find they are likely not a leader, but a risk manager. When leaders become conformists who desire to control instead of surrender, they not only fail to inspire and challenge, they fail to lead. Leadership has become synonymous with babysitting in many organizations, which does nothing more than signal a lack of trust in the workforce. I can think of no time…

“Spelling mistakes cost millions” according to an article on the BBC News web-site.

An on-line entrepreneur said analysis of website figures showed that a single spelling mistake can cut on-line sales by 50%. Would-be customers are put off and may be suspicious of the website’s credibility given their experience with mis-spelled spam and fraudulent sites. First impressions are important on the internet when users might only browse for a few seconds before moving on.

He also complained about the poor quality of job applicants. He says too many job applications contain spelling mistakes and poor grammar with some even using textspeak. And when they tested some of the applicants whose applications seemed OK it was apparent that they relied on spell checkers.

The CBI has long complained about the quality of school-leavers’ levels of literacy and numeracy –  and not surprisingly given that one in three children are leaving primary school unable to read and write properly. The CBI says just over 40% of employers are dissatisfied with basic reading and writing skills of both school and college leavers and half are having to invest in remedial training.

Misspellings and textspeak may be acceptable on social networking sites but not for job applications.

And in America (reported in the Times 12 July 2011), some schools and colleges will no longer be focussing on the “3 Rs” but the “3 Ts” – texting, tapping, and typing.

So far 41 states have adopted a curriculum that doesn’t require children to be taught how to do handwriting, it’s just an option.

The argument is that writing is of limited use in this digital age and that keyboarding skills are more important. Which may be true but some experts think that learning to write by hand improves the way a child’s brain develops. It also encourages children to write in more complete sentences and researchers have found that children can compose essays faster using a pen rather than a computer.

So will handwriting be another of those things our grandchildren find hard to believe we actually learned to do and that some of us took great pride in our penmanship? Will pens and pencils be treasured artifacts for future archeologists? Lazlo Biro will be turning in his grave.

Tomas Chamorro-Premuzic, Associate Professor of psychology at Goldsmiths College, University of London recently posted a blog on Psychology Today about IQ and how it is still the best predictor of success in life, including at school, at work, and in health.

He says that many people however associate high IQs with geeks or nerds and don’t accept how useful it is as a predictor of job performance, particularly since the publication of books on emo … Read More

via EI 4u with permision

Alice Thomson in the Times (14/07/10): “Don’t overpay gifted teachers. Pay off the duds“, starts off well.  She says it’s not the fabric of schools, class sizes, or even “free schools”, but teachers we should worry about.

Referring to Ofsted head Zenna Atkins’ comments about useless teachers being good for children she suggests that having a series of sub-standard teachers is one reason why 20% of children leave school without any GCSE passes.

In America an economist at Stanford University studied 5,000 teachers and concluded that with good ones you got 18 month’s worth of learning in a school year but with incompetent ones only 6 months. And Malcolm Gladwell, author of “Tipping Point” concluded that children were better off in a bad school with an excellent teacher than the opposite.

She also criticises the overpaying of good teachers following revelations about a primary head earning almost £300,000 last year. I agree it does seem an obscene amount given all the other shortages and it included overtime payments. Where else would senior managers or professionals be paid overtime, even in the public sector?

But then we part company because her solution is to pay off the bad teachers – the bed blockers she calls them – with early retirement. She says it is hard to prove they are incompetent so we should bribe them to leave. Because they sap children’s talents and other teachers’ morale. This is wrong in so many ways.

First, education authorities have tried this in the past, giving early retirement to less competent teachers. That’s what saps other teachers’s morale – seeing incompetent colleagues being rewarded for failure while they struggle on.

Secondly, it’s an easy option for (now very highly paid) head teachers who should demonstrate the management and leadership skills they are being paid for and performance manage, and dismiss if necessary, poor teachers rather than give them a reference to move them on to another school.

Thirdly, what kind of message does it send to parents and children? That you can be rubbish at your job and still retire early on a good pension while they struggle to make ends meet in a recession?

Perhaps we should follow the example of other countries and set higher standards for our teachers in the first place. Outstanding organisations know that good performance starts at the recruitment stage. The government could probably do more to support schools that need to weed out incompetent teachers and heads need to earn their money as managers and leaders and deal with the problem.

Isn’t that the least that good teachers and our children deserve?