I’ve decided it’s time to hang up my laptop and take a well-earned break from work.

Working with associates at Smith Guttridge has been wonderful; such a buzz working with creative, passionate people who all believed in doing the very best they could for clients (and helping each other at the same time).

So I’ll be spending more time on my music project, photography and family (not necessarily in that order).

I’ll still be writing my Bizpsycho blog over at bizpsycho.com as well as other lifestyle stuff.

I’m planning to transfer some of the posts from here to Bizpsycho and leave this blog up until the registration expires.

So thanks to everyone who took the trouble to read this. My blog was read in 111 countries but primarily in the USA, the UK, and Spain.

But thank you those readers from Papua New Guinea, Uzbekistan, Iceland, Moldova, Qatar, Guernsey, Luxemburg, Afghanistan, Macao, Tanzania and Kyrgyzstan among others.

Truly an international readership. Any blogger will tell you how much they appreciate an audience. 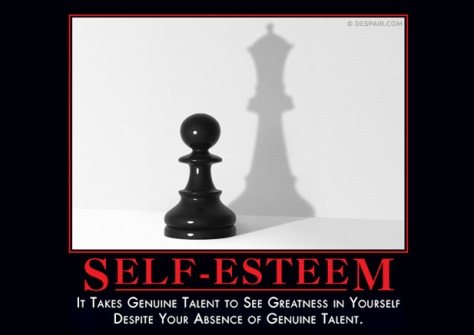 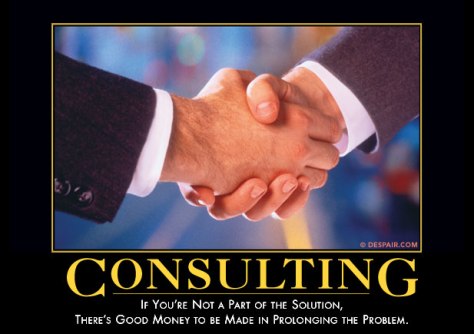 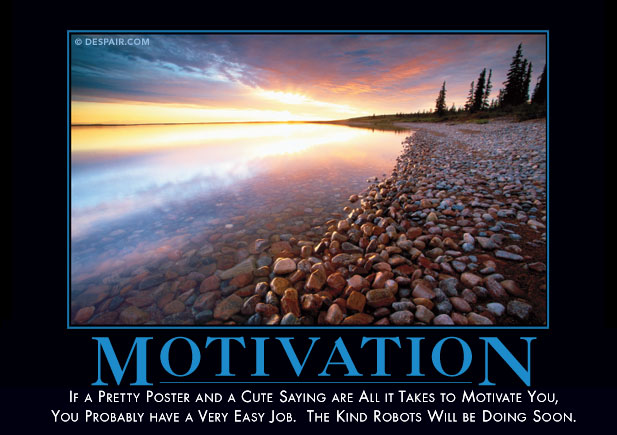 Scientist in Finland have been researching some WW2 archives relating to the “Winter War” in 1939-40 ( a great feat of arms by the  Finnish army resisting overwhelming soviet forces and well worth reading about).

The archives have details on almost 800 soldiers in three Finnish regiments including photographs, number of children, and the rank attained.

In men face shape is influenced by testosterone levels making it a proxy for evolutionary success hence the fact that generally speaking men with broader and shorter faces are more aggressive but less trustworthy.

The researchers point out that dominance in the military may be better predicted by leadership qualities otter than aggressiveness. “The military relies on a strict hierarchy, which requires trust and fear of punishment to be maintained”

See also “Take me to your leader”

A survey by a campaigning agency aimed at improving women’s access to technology has identified the worst and best companies on its “empathy index”.

The empathy index scored 100 companies on the way they treat both staff and customers by using a poll of 1,000 members of the public, on-line feedback from 25 employees from each company, and an analysis of a company’s last 100 tweets.

The telecoms industries came out the worst with the big four companies in the bottom 10 on their empathy ratings.

RyanAir, Carphone Warehouse and BT have been labelled as the companies that never listen. Carphone Warehouse was accused of “giving retail a bad name” with customers facing  “nauseating hard sells from teenagers” and queues reminiscent of Soviet Russia.

Twitter has more than 500 million users but came 8th from bottom and was criticised as ” a textbook example of how not engage on social networks” because of its robotic, boring and repetitive messages (which I’ve tweeted about before).

Selfridges came out 87th. Apparently the satisfaction you get as a customer is not matched by the experience of working there. “All glamour but no empathy”.

Pret a Manger came in about half-way with an “at best mediocre” scores on customer satisfaction and employee relations.

They found that the most empathetic companies in Britain were LinkedIn and Microsoft. Both were praised for making customers and employees feel valued and for resolving consumer problems within seconds on twitter.

However other technology companies fared less well. Facebook, with more than 1 billion users, only achieved 48th place and was described as “the brand that was too big to listen”. Staff working for Facebook, and twitter, described them as providing good career opportunities and work-life balance.

Amazon, the world’s biggest retailer, was just the opposite. Customers love it but its employees hate it.

And Apple only made 43rd place and was accused of “refusing to engage” on social media.

John Lewis came 5th even though it ignores criticism on social media. Other companies in the top 10 include Audi, Three, Sony, Google, Nike, Direct Line, and Boots.

Stuck in the bottom quartile were all the main banks with RSB being branded “the least trusted bank in the UK“. Lloyds bank employees “believe they have limited career opportunities” and Barclays has  “a very poor perception among customers“. Well no wonder is it after their behaviour in recent years.

HSBC however came out in 22nd position and was named the most empathetic bank.

Once again the techies at WordPress provide me with an annual report with lots if statistics. They remind me I posted a measly 47 posts last year, and some of them I re-blogged – so thank you bloggers who allowed me to do that.

My blog is now read in 111 countries but primarily in the USA, the UK, and Spain. But thank you those readers from Papua New Guinea,  Uzbekistan, Iceland, Moldova, Qatar, Guernsey, Luxemburg, Afghanistan, Macao, Tanzania and Krygystan among others. Truly an international readership.

The top ten posts were:

2nd: Teams and Diversity not so simple which was in 5th spot last year

3rd: Women are the winners at work which was in top spot last year

9th: Leaders without any shame jointly with Leadership capabilities necessary for a successful merger

10th: Women in Leadership – too nice? Too bossy?

For the second year my most-read posts have been from earlier years with only those in bottom three places from 2014. This probably reflects the paucity of my output in 2014. So must try harder!

they want to work part-time.

Half of workers approaching retirement intend to carry on working into their mid-sixties according to the government’s  older workers’ champion Ros  Altmann (didn’t know we had one but could she have had a more appropriate surname?)

Almost all the over-50s who planned to keep on working wanted to ease themselves into part-time jobs rather than suddenly stop working altogether,

Ms Altmann said employers’ attitudes “would have to change, with training for older workers imperative so that they could keep up with technological and other workplace changes”

Most of those approaching retirement didn’t realise that they wouldn’t have to pay National Insurance contributions if they carried on working after pension age.

People are being more flexible about when they retire – or can afford to retire – and later-life working is becoming more important.

Originally the Old Age Pension was paid at age 70 when it was introduced in 1908. Pensionable age dropped to 65 in 1925 and it wasn’t until 1940 that a woman could get her pension when she reached 60. Now pension age is creeping up again and people will collect their pensions at 66 until 2020 when the age threshold rises to 67.

Although the default retirement age no longer exists many workers feel that they were expected to go at 65. Many over-50s feel less well thought of than younger workers and 15% had experienced age-related discrimination in the workplace.

In Germany some companies have gone to great lengths to accommodate the needs of older workers e.g. at BMW

“Let’s face it: we all have to deal with criticism from time to time. And no matter how thick-skinned we are, critical words usually sting…

While sometimes it feels as if it would be great to avoid criticism all together, it’s a part of life, and it’s a part that can make us stronger and better…

How to handle criticism positively?

1.Don’t take it personally: try to take a step back from the words and process them from an objective place.

2. Believe in yourself: When you know (and stay true to) who you are, you can be more open to others words because you know they will either ring true to you or they will be so inaccurate that you won’t even need to think twice about them.

Authentic communication is not always easy, but it is the basis of successful relationships at home and real effectiveness at work. Yet people constantly back away from honesty to protect themselves and others.

As Sheryl Sandberg points out, this reticence causes and perpetuates all kinds of problems: uncomfortable issues that never get addressed, resentment that builds, unfit managers who get promoted rather than fired, and on and on. Often these situations don’t improve because no one tells anyone what is really happening. We are so rarely brave enough to tell the truth…

From The Grumpy Poet

However, authentic communication is not simply about saying what we think at all costs. Communication works best when we combine appropriateness with authenticity, finding the sweet spot where opinions are not brutally honest but delicately honest. Speaking truth fully without hurting feelings comes naturally to some and is an acquired skill for…

Employers who want peak performance from their employees might do better by ensuring that they have a strong but fair hierarchy in place.

He says “In organisations there is a move to become flat but that is not always the best thingy you want to keep employees working hard”.

“People may say that they want to work in an egalitarian workplace but sometimes they actually function better in a hierarchy” regardless of where they sit in the organisation.

It’s not  just that a hierarchy offers more chance of promotion – although some staff will appreciate seeing a ladder to climb – but that hierarchies offer staff a sense of order and structure which they like.

When times are turbulent and external circumstances reduce their sense of control preference for hierarchies increases. Kay says “People seek out guidance and leaders”  And a  hierarchy helps them feel that they are in a safe, stable environment … where they can predict the outcome of their behaviours.

His research also suggests that a strong hierarchy helps people feel that they are being more effective in tackling long-term goals. “If you lead an organisation where you need employees to work on long-term projects, committed to long-term goals, it’s tempting to think that if you give them autonomy they will be more interested and it will drive the right behaviour”.

But as he points out long-term goals are hard to achieve and people need to forgo immediate reward to focus on something way off in the future. They have to trust the system. Having a clear structure and a hierarchy reassures employees that things won’t change before they complete the task.

Hierarchy might also be better for complex tasks where each person needs to complete their part exactly as it is specified. This doesn’t necessarily mean managers should adopt a directive or autocratic approach. Employees obviously like to know where they stand but managers shouldn’t lord it over them and be open to new ideas.

Other experts disagree. One said  ‘it’s naive to think that structures always work the way they were intended”. In some organisations employees feel that although there is a structure and the rules are fair, they are not always applied fairly.