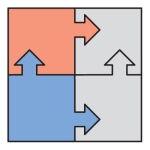 “Successful executives see trouble as an opportunity and not a threat”, wrote Carly Chynoweth in the Sunday Times earlier this year. The article was about the necessity for leaders to take tough decisions in tough times. One contributor said that you had to learn to thrive on pressure or go under, and it was your choice to make basically. He went on to say; “people at the top develop mental toughness… it’s about willpower and not seeing yourself as a victim”. And a former Chief Executive said; “It’s about mindset and the employees in front of you. If you have a bad day you hide it, because you can be transmitting a virus”.  http://business.timesonline.co.uk/tol/business/career_and_jobs/senior_executive/article6990628.ece

In a recent post; “Practise makes perfect, probably“, I referred to David Schenk, a writer on genetics, who claims that the case for genetic predisposition is overstated and that if you practise hard enough you can even become a genius. In the same article he cites the marshmallow experiment as an example of how children can learn to develop self-discipline.  http://www.timesonline.co.uk/tol/life_and_style/health/article7069310.ece

Another similar story that caught my eye appeared in the international edition of USA Today (one of the few “English” newspapers you can get on Eastern European airlines). The headline said “The secret of school success. Want your kids to master books? First they need to master themselves. Fortunately new research is finding that self-control can be taught.” The story was about programmes teaching self-regulation in American schools and at the heart of it was a description of the famous marshmallow experiment run by Walter Mischel in the 1960s. The story also criticises some modern parenting methods as undermining the development of self-regulation.

Back in November 2009 both the Observer and the Sunday Times picked up on the findings of a Demos think-tank report. The Sunday Times headline was “Bad parents kill prospects of working class”. It reported on an increase in social mobility between the end of WW2 and the 1970s followed by a period of stagnation up to 2000. The report identified three traits that were most important for children to improve their social lot. These were: the ability to concentrate and stick with tasks, self-regulation – whether someone can control emotions and bounce back from disappointment, and empathy – the ability to be sensitive to other people.

The report went on to say that the best form of parenting to inculcate these characteristics was “tough love” ie setting clear rules and boundaries, instilled by discussion and affection. And the marshmallow experiment was cited as a predictor of success in life. The report also described disengaged and emotionally callous children and also suggested expanding the role of Health Visitors to provide supportive parenting.  http://women.timesonline.co.uk/tol/life_and_style/women/families/article6908053.ece

The Observer took a similar tack with “Tough love breeds smart children”. This article contained a number of statistics and found that among the 9,000 families it tracked for the survey only 13% used a tough love approach combining discipline and warmth. Although the research found that it was the style of parenting, rather than income or social background that developed the 3 character traits referred to above, this approach was more common in wealthy families and where parents were married. The parents’ level of education was also an important factor as was breastfeeding until 6 months.

The report also claimed that these soft skills, or character capabilities, had become increasingly important in life and were now 33 times more important in determining income for those who turned 30 in 2000 than for those 12 years older.

And in advance of a report from the think tank Demos the Times published a piece about the importance of self-control and empathy in children and included a description of Mischel’s now famous marshmallow test:  http://www.timesonline.co.uk/tol/life_and_style/education/school_league_tables/article6297042.ece?print=yes&randnum=1243081578609

Mischel has been monitoring the lives of dozens of his subjects since he started the marshmallow experiments at a nursery on the campus of Stanford University, California, in the 1960s. His findings have proved so compelling that 40 of his original subjects, now in their forties, are preparing to undergo scans in the hope of answering a perplexing human question: why are some of us better than others at resisting temptation?

“Brain imaging provides a very exciting and important new tool,” said Mischel, who now works at Columbia University in New York. By examining the differences between the brains of subjects who turned out to be good at controlling their impulses and those who wolfed down the marshmallow the moment it was offered, researchers hope to come up with new ways of teaching the benefits of delayed gratification.  http://women.timesonline.co.uk/tol/life_and_style/women/families/article5063058.ece

This site uses Akismet to reduce spam. Learn how your comment data is processed.